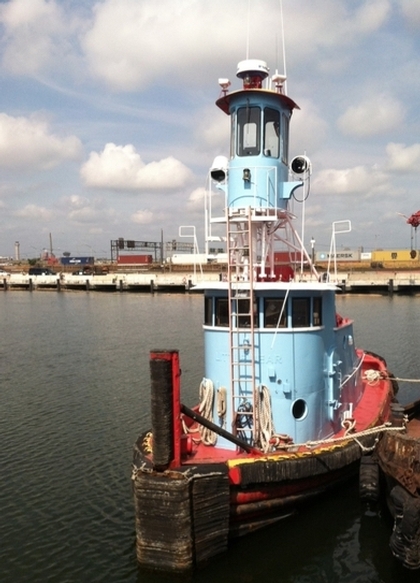 Built in 1952, by the Bellinger Shipbuilding Company of Jacksonville, Florida as the Edward T. for the Bronx Towing Line Incorporated of New York, New York.

In 1974, the tug was acquired by the Disch Marine Construction Corporation of Summit, New Jersey. Where she was renamed as the Little Bear.

In 2014, the tug was acquired by DonJon Marine Company Incorporated of Hillside, New Jersey. Where she renamed as the Nicole Mairead.

Powered by a single, Caterpillar 3408 diesel engine. With a Twin Disc 516 reduction gear, at a ratio of 3:1. She is a single screw tug, rated at 520 horsepower.

The tug has a fuel capacity of 3,500 gallons. Her towing equipment consists of two, Hyraulic push winches mounted on the foredeck.
(Captain Christopher Roehrig)