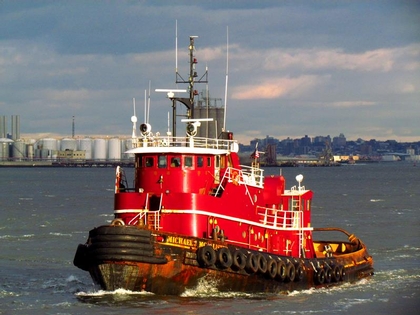 Built in 1971, by Halter Marine Services Incorporated of New Orleans, Louisiana (hull #314) as the Mister Harold for the Jackson Marine Corporation of Houston, Texas.

In 2002, Tidewater Marine Incorporated renamed the tug as the Harold.

In 2005, the tug was acquired by Captain Arthur Fournier of the Fournier Towing and Ship Service of Belfast, Maine. Where she was renamed as the Escort.

In 2006, she was acquired by the McAllister Towing and Transportation Company of New York, New York. Where the tug was renamed as the Michael J. McAllister.

In 2018, the tug was "laid up" at McAllister Towing and Transportation's yard at Norfolk, Virginia.

In 2021, she was scrapped at East Boston, Massachusetts.