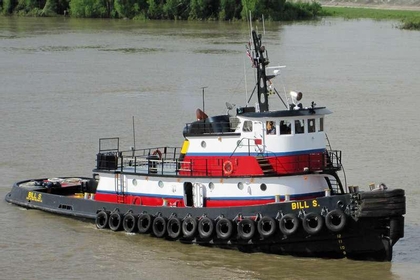 Built in 1970, by Main Iron Works of Houma, Louisiana (hull #232) as the Gulf Wind for Gulf Mississippi Marine of Houston, Texas.

In 1978, Gulf Mississippi Marine became Gulf Fleet. And the company was owned first by Pott Industries of St. Louis, Missouri. And, then by Houston Natural Gas Houston, Texas.

Jackson Marine Corporation of Houston, Texas would later merge with Zapata Gulf Marine of Houston, Texas, as well as Gulf Fleet of Houston, Texas. The company became the largest shipping company in the world with a total of four hundred fifteen vessels. Tidewater Incorporated of New Orleans, Louisiana at that time had about two hundred seventy five vessels.

In the fall of 1986, Seahorse Marine of Lockport, Louisiana merged into Zapata Gulf Marine adding an additional ninety vessels to the fleet.

Seahorse Marine had been founded by the Arthur Levey family as Arthur Levey Boat Company after World War II. The company was later acquired by Petrolane Natural Gas of Belding, Mississippi. Where the company was renamed Seahorse Marine. In 1985, Petrolane was acquired by Texas Eastern of Houston, Texas. Which was a larger natural gas company. However, in the fall of 1986, Texas Eastern traded the company to Zapata Gulf Marine for an exchange of stock.

The tug was later acquired by Bisso Towboat of New Orleans, Louisiana. Where she was renamed as the Bill S.

She is a twin screw tug, outfitted with Kort Nozzles for a rated 4,200 horsepower.

Her towing gear consists of a double drum towing machine. 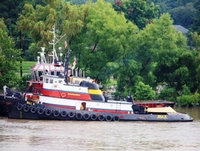