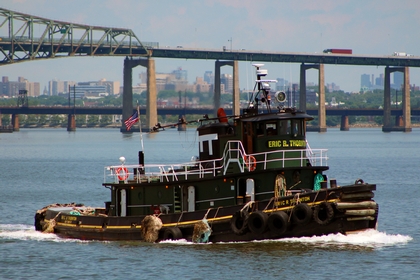 Built in 1960, by Blount Marine Incorporated of Warren, Rhode Island (hull #59) as the Roger Williams for the Providence Steamboat Company of Providence, Rhode Island.

In 2014, the tug was acquired by Thornton Brothers Towing and Transportation Company of Allendale, New Jersey. Where she was renamed as the Eric R. Thornton.

In 2018, she was acquired by Legacy Marine Incorporated of Boston, Massachusetts. Where she was renamed as the Preston James.

In 2020, the tug was scrapped at Boston, Massachusetts. Powered by a single, EMD diesel engine. She was a single screw tug, rated at 2,000 horsepower. 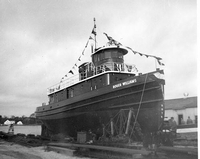 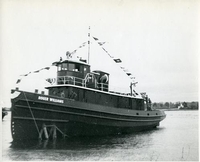 
Back to THORNTON BROTHERS TOWING AND TRANSPORTATION COMPANY