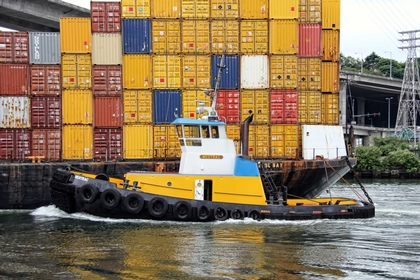 She was the first Westrac class tug built by the Western Towboat Company. The tug's hull is constructed of steel, with the pilot house, and superstructure constructed of aluminum.

Powered by two, Caterpillar 3512 diesel engines. With Ulstein z-drive reduction gears, at ratio of 4:1. Turning two, 76(in) by 76(in) propellers mounted in Ulstein z-drives units, for a rated 2,500 horsepower.

Her electrical service is provided by two generators. One 50kW Caterpillar 3304 generator set. And, one 15kW Duetz generator. The tug's capacities are 30,000 gallons of fuel, and 500 gallons of lube oil.