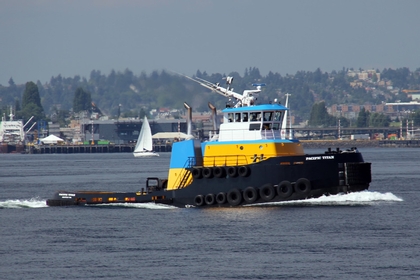 She was the second Titan class tug built by the Western Towboat Company. The tug's hull is constructed of steel, with the pilot house, and superstructure constructed of aluminum.