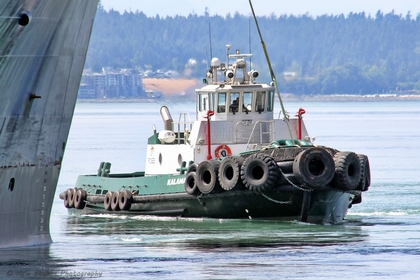 In 2013, the tug was chartered to Foss Marine Holdings of Seattle, Washington. Where the tug retained her name.

In 2014, Foss Marine Holdings renamed the tug as the Kalama.

In 2020, the tug was transferred to Young Brothers Incorporated of Honolulu, Hawaii. A subsidiary of Foss Marine Holdings of Seattle, Washington. Where she retained her name.

Powered by two, Caterpillar 3516 diesel engines. With Thrustmaster z drives, outfitted with 86(in), bronze propellers. She is a twin screw tractor tug, rated at 4,400 horsepower.

Her electrical service is provided by two, 65kW, non parallel, John Deere 4045 generator sets. The tug's capacities are 9,500 gallons of fuel, and 800 gallons of water.