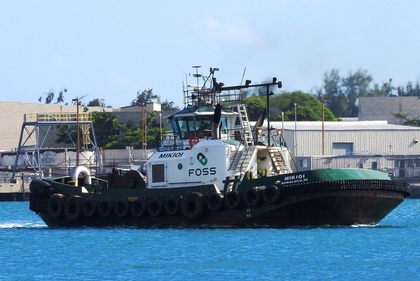 In 2013, the Hawaiian Tug and Barge Company was acquired by Foss Marine Holdings of Seattle, Washington. Where the tug retained her name. The tug operates under the company's subsidy, the Young Brothers Company of Honolulu, Hawaii.

Powered by two, Catepillar 3512B HD diesel engines. With Rolls Royce US205 FP z drives. She is a twin screw tractor tug, rated at 5,080 horsepower.


Pictured as: the Mikioi (Hawaiian Tug and Barge Company) Photo by: John Wilson 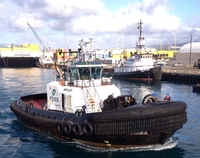 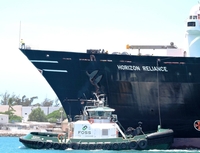