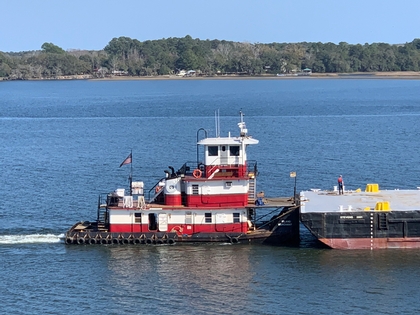 Built in 1966, by Lemay Barge and Supply of Greensville, Mississippi (hull #306) as the Albert Mallory.

In 1995, Sun State Marine Services Incorporated of Jacksonville, Florida. A subsidy of the Colonial Oil Company of Savannah, Georgia. Where she was renamed as the Sun Merchant.

In 2013, the Chatham-Colonial Towing Company was acquired by the Vane Brothers Company of Baltimore, Maryland. Where the tug retained her name.

In 2016, the tug was acquired by the the Stevens Towing Company Incorporated of Yonges Island, South Carolina. Where the tug was renamed as the Island Merchant.