Built in 1971, by the Matton Shipyard Company of Cohes, New York (hull #339) as the Mobil 1 for the Mobil Oil Corporation of New York, New York.

In 1992, the Mobil Oil Corporation renamed the tug as the Tioga.

In 1993, the tug was acquired by the Reinauer Transportation Companies of Staten Island, New York. Where she was renamed as the Zachery Reinauer.

In 2018, she was “laid up” at Reinauer Transportation’s yard in Staten Island, New York.

Her electrical service is provided by two 75kW generator sets. The tug's capacities are 45,701 gallons of fuel.
(Robert Silva) 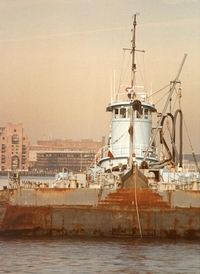 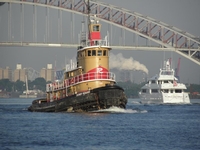