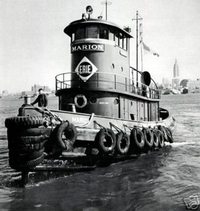 
Back to EASTPORT PORT AUTHORITY