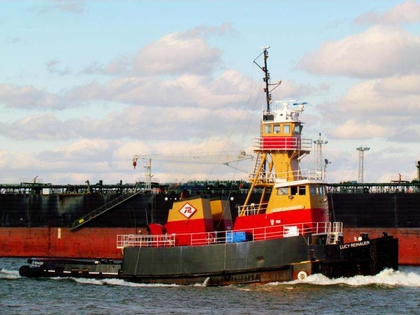 In 1990, the tug Texaco Marine Company renamed the tug as the Star Diesel Chief

In 1991, she was acquired by the Morania Oil Tanker Corporation of Staten Island, New York. Where the tug was renamed the Morania No. 5.

In 1998, the tug was acquired by a the Reinauer Transportation Companies of Staten Island New York. Where an employee who had recently won the lottery. Who was considering options on how to spend his winnings. Elected to acquire a tugboat, as an investment. He acquired the tug Morania No. 5. Where she renamed the tug as the May McGuirl, named for his wife.

In 2001, when the chapter expired, The tug was acquired by Reinauer Transportation where she was renamed as the Lucy Reinauer.

In 2008, she was repowered, and fitted with a JAK-400 coupler system. Her side decks where enclosed, and canted windows were added to the upper wheelhouse. JMS Naval Architects managed the engineering for the tug's conversion. And, the work to the tug was performed by Feeney's Enterprises of Kingston, New York.

In 2021, the tug was placed out of service and was "laid up" at Reinauer Transportation's yard in Staten Island, New York 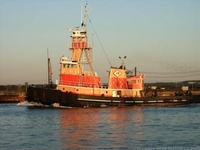 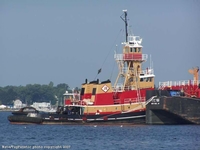 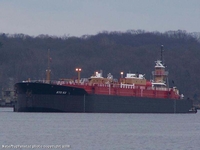 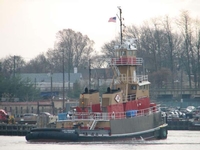 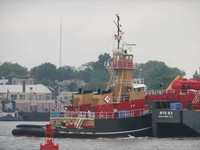