Built in 2000, by J.M. Martinac Shipbuilding Incorporated of Tacoma, Washington (hull #241) as the Mohawk for the Mobil Oil Corporation of New York, New York.

She was the first ATLANTIC II class tug designed by Robert Hill of Ocean Tug and Barge Engineering of Milford, Massachusetts for the Mobil Oil Corporation.

The tug was "married" with the 474(ft), by 78(ft), by 36.5(ft), double hulled, 140,000(bbl) barge. The Seneca, that was designed by CT Marine Naval Architects of Edgecomb, Maine. And, constructed simultaneously at Bay Shipbuilding of Sturgeon Bay, Wisconsin for the Mobil Oil Corporation.

In 2011, the K-Sea Transportation Partnership Incorporated was acquired by the Kirby Corporation of Channelview, Texas. Where the tug, and barge retained their names. 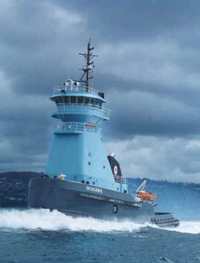 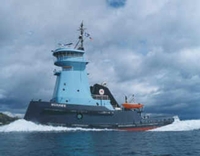 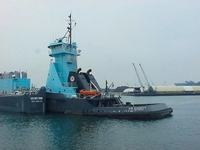 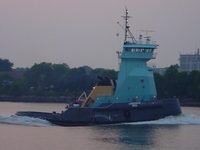