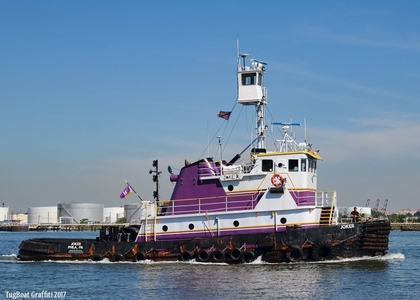 Pictured as: the Joker (Hays Tug and Launch Company) Photo by: Randall Farhy

Built in 1979, by Modern Marine Power Incorporated of Houma, Louisiana (hull #27) as the Taurus the for South Bay Fuel Transportation Company of Shirley, New York.

In 1989, the tug was acquired by the Eklof Marine Corporation of Staten Island, New York. Where the tug retained her name.

In 1993, the Eklof Marine Corporation was acquired by the K-Sea Transportation Partnership of East Brunswick, New Jersey. Where she retained her name.

In 2011, the K-Sea Transportation Partnership was acquired by the Kirby Corporation of Channelview, Texas. Where the tug retained her name.

In 2016, she was phased out of service. And, was "laid up" at the Kirby Corporation's yard in Staten Island, New York.

In 2017, the tug was acquired by the Hays Tug and Launch Company of Wallingford, Pennsylvania. Where she was renamed as the Joker. 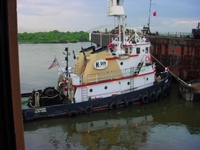 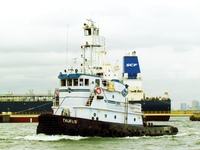 Pictured as: the Taurus (Kirby Corporation) Photo by: Birk Thomas