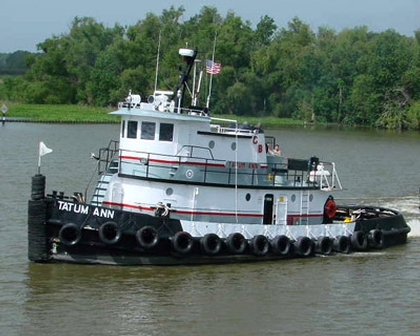 Built in 1966, by Universal Iron Works Incorporated of Houma, Louisiana (hull #76) as the Nan for the Guidry Brothers Company of Galliano, Louisiana.

In 2004, the tug was acquired by the Crosby Marine Transportation Company of Golden Meadow, Louisiana. Where she was renamed as the Tatum Ann.

In 2021, she was phased out of active service and was "laid up" at Houma, Louisiana.

Rebuilt in 2007, she was powered by two, GM 16V-71 diesel engines. With a 6:1 reduction, turning two, stainless steel, fixed pitch propellers. She was a twin screw tug, rated at 1,200 horsepower.

Her electrical service was provided by two, 30kW generator sets. The tug's capacities were 12,000 gallons of fuel oil, and 6,000 gallons of potable water.