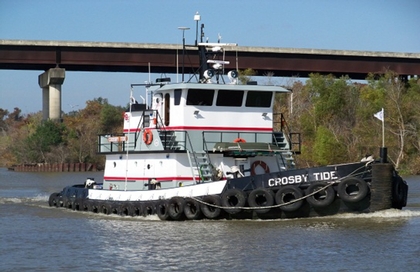 In 2010, the tug was acquired by the Crosby Marine Transportation Company of Golden Meadow, Louisiana. Where she was renamed as the Crosby Tide.

Her electrical service is provided by two, GM 3-71 generator sets. The tug's capacities are 16,000 gallons of fuel oil, and 32,000 gallons of potable water.