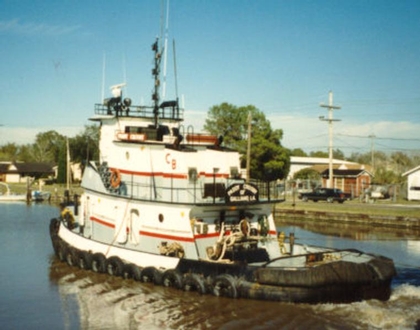 Built in 1972, by the Gulf Boat Building Corporation of Biloxi, Mississippi as the Cynthia O. Eymard for the Eymard Marine Construction and Repair Company Incorporated of Harvey, Louisiana.

In 1977, the tug was acquired by the Crosby Marine Transportation Company of Golden Meadow, Louisiana. Where she was renamed as the Paddy Crosby.

In 2015, she was acquired by the Miami River Towing Company of Miami, Florida. Where the tug was renamed as the Pepin.

Her electrical service is provided by two, 30kW generator sets. The tug's capacities are 8,000 gallons of fuel oil, and 4,000 gallons of potable water.