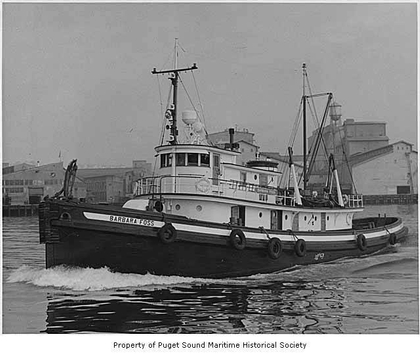 In 1946, the tug was acquired by the Foss Launch and Tug Company of Tacoma, Washington. Where she was renamed as the Barbara Foss.

In 1969, Foss Launch and Tug was acquired by the Dillingham Corporation of Honolulu, Hawaii, where it operated as an independent subsidiary.

In 1976, the tug was given to the United States Navy. Where she was sunk as a target. The tug was powered by a single, eight cylinder, Enterprise diesel engine.
(Kyle Stubbs)