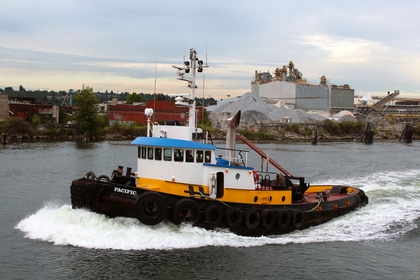 Built in 1970, by Albina Machine and Engine Works of Portland, Oregon (hull #418) as the Donna Foss for Foss Launch and Tug Company of Tacoma, Washington.

In 1992, the tug was acquired by the Western Towboat Company of Seattle, Washington. Where she was renamed as the Pacific.