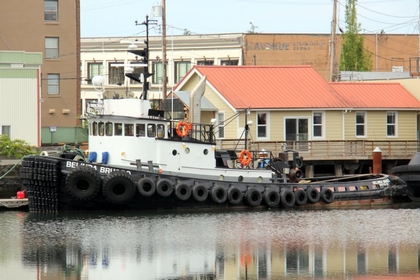 Built in 1970, by Alabina Machine and Engine Works of Portland, Oregon (hull #418) as the Duncan Foss for Foss Launch and Tug of Tacoma, Washington.

In 2005, the tug was acquired by Olson Marine Incorporated of Ward Cove, Alaska. Where she was renamed as the Norman O.

In 2018, the tug was traded to the Brusco Tug and Barge Company of Longview, Washington. Where she was renamed as the Belinda Brusco.

Powered by two, Caterpillar diesel engines. Turning two, stainless steel 72(in) diameter by 50/54(in) pitch. She is a twin screw tug, rated at 1,500 horsepower.

Her towing gear consists of a Foss towing winch, mounted on her bow. And, an Almon Johnson towing winch outfitted with 1,600(ft) 1 3/8(in) towing wire. 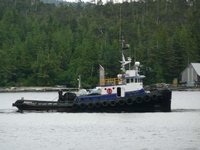