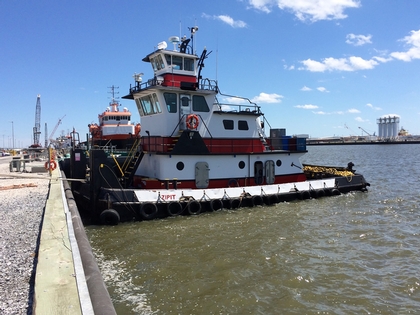 In 1995, the tug was acquired by tug Daigle Towing Company of Belle Chasse, Louisiana. Where she was renamed as the Uncle Albert.

In 2015, she was acquired by IntraTug (the Intracoastal Tug and Barge Company) of Maurice, Louisiana. Where she was renamed as the Zip It.

She was later repowered with two, Cummins K-19 M1 diesel engines. She is a twin screw towboat, rated at 1,200 horsepower.


Back to Z.M. INCORPORATED