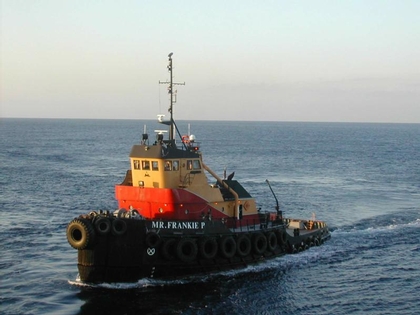 Built in 1979, by Avondale Shipyards Incorporated of LaRose, Louisiana (hull #143) as the Samson However, the project was not immediately completed. And, the yard only constructed the hull.

In 1981, the hull was acquired by Tidewater Marine Incorporated of New Orleans, Louisiana. Where the tug was renamed as El Condor Grande.

In 2000, the tug was acquired by by South Puerto Rico Towing and Boat Services Incorporated of Guayanilla, Puerto Rico. Where she was renamed as the Mr. Frankie P.