Built in 1972, by the Southern Shipbuilding Corporation of Slidell, Louisiana (hull # 95) as the Cabot for the Boston Towboat Company of Boston, Massachusetts. 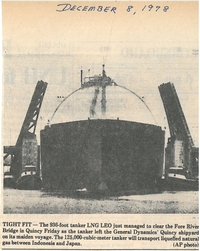