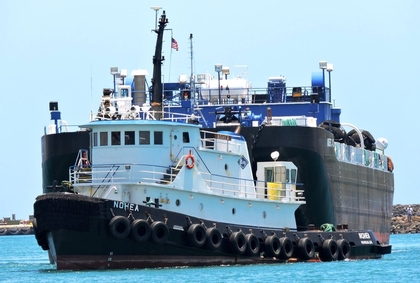 Built in 1983, by Patti Shipbuilding Incorporated of Pensacola, Florida (hull #111) as the Navasota for Tow Boat Services and Management Incorporated of Honolulu, Hawaii.

In 2019, she was acquired by the Curtin Maritime Company of Long Beach, California. Where the tug was renamed as the Devon C.

In 2020, the tug was phased out of active service and was "laid up" at Long Beach, California.

Her electrical service is provided by two, 50kW generator sets.


Back to CURTIN MARITIME COMPANY