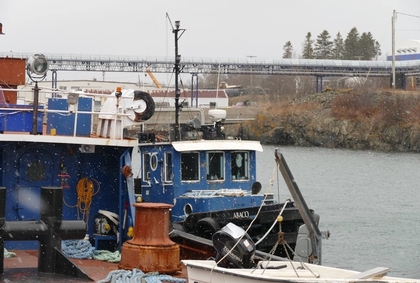 Built in 1953, by the National Steel Shipbuilding Company (NASSCO) of San Diego, California (hull #ST2141) as the ST-2141 for the United States Army.

The tug was later transferred to the United States Army Corps of Engineers. Where she was renamed as the Buffalo.

In 2005, she was acquired by an individual named Dewitt Withington of Clayton, New York. Where the tug was renamed as the Abaco.

In 2005, the tug was acquired by the Eastport Port Authority of Eastport, Maine. Where the tug retained her name.