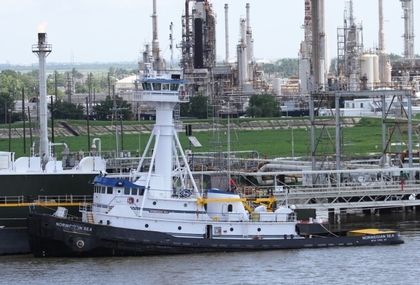 In 2000, the tug was acquired by Seaforce Marine Incorporated of Norfolk, Virginia. Where she was renamed as the Portsmouth.

In 2005, she was acquired by the K-Sea Transportation Partnership Incorporated of East Brunswick, New Jersey. Where she was renamed as the Norwegian Sea.

In 2006, she was outfitted with a JAK-400 coupler system. And, an upper wheelhouse at Feeney's Enterprises of Kingston, New York.

In 2017, the tug was phased out of active service. And, she was "laid up," at the Kirby Corporation's yard in Philadelphia, Pennsylvania.

In 2018, she was acquired by Captain Latham Smith of the Smith Maritime Ocean Towing and Salvage Company of Palatka, Florida. Where the tug was renamed as the Miss Rui. 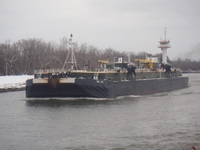 
Back to SMITH MARITIME OCEAN TOWING AND SALVAGE SERVICES