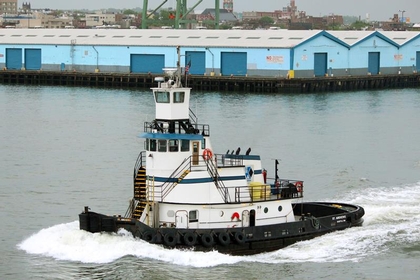 In 1984, the tug was acquired by the Steuart Transportation Company of Piney Point, Maryland. Where she was renamed as Katherine S.

In 1989, she was was acquired by Links Marine Incorporated of Newark, Delaware. Where the tug was renamed as the Melissa L. Named for the co-owner's daughter. The "L" in the vessel's name, was for "Links." The Scottish word for the sport of golf.

In 2020, the tug was phased out of active service and was "laid up" at Bayonne, New Jersey.


Back to TARPON TRANSPORTATION COMPANY